Innocence in Danger is an international movement for the protection of children against all forms of violence, notably sexual violence. The movement consists of legally independent action groups and offices across many countries as well as partnerships with NGOs involved in the protection of children and teenagers against sexual abuse facilitated by online and digital media

INNOCENCE IN DANGER ACROSS THE WORLD

OUR BRANCHES AND OFFICES

MESSAGE FROM OUR FOUNDER

In 1998, I was appointed by the Director of UNESCO as President of a “world child protection movement” to carry out a global plan of action for the defense and protection of children, soon after a huge child trafficking and pornography ring was discovered and dismantled. Innocence in Danger was born.

After a year of fruitful collaboration, I left this organization; UNESCO found its limits. I had to go to meet the victims, their families. To go into the field. Drowning in reports and studies did not seem to advance the daily lives of the victims. I had to be close to them, supporting their struggle first hand. After meeting the victims and their parents, the work beckoned me. After partnering with a number of large child welfare organizations, I decided to build on Innocence in Danger movement and continued to take a stand alongside child victims. 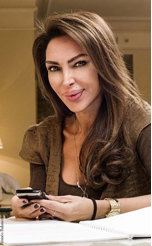 Founder of Innocence in Danger

INNOCENCE IN DANGER UK was entered on the Register of Charities on the 14th August 2014. Registered charity number: 1158244

A MOVEMENT FOR CHANGE

The Innocence in Danger movement was founded in Paris in 1999 by Homayra Sellier to fight child sexual abuse. Now a worldwide organization, Innocence in Danger International consists of legally independent action groups and offices that carry out country-specific work to protect children and teenagers against all forms of sexual abuse. These abuses have been recognized as a public health issue in a number of countries. The statistics are all the more troubling as we learn about the devastating impacts sexual abuse can have on the mental, physical and psychological health of survivors.

Innocence in Danger Switzerland was registered in 2003 and aims to build a network of committed individuals and professionals working in the fields of politics, business, culture, law, education and social work to fight sexual abuse and exploitation.

Innocence in Danger carries out awareness-raising and training activities to help children, parents and educators use social media and the Internet safely. We participate in forums and conferences to inform the public, namely health and child protection professionals, about sexual abuse. When possible, IID supports victims of sexual violence in finding therapeutic and legal resources through its network.

Since 2003, IID welcomes young survivors of sexual abuse, accompanied by a parent or guardian, to their resilience retreats in the Swiss Alps. IID works with a team of volunteers and professionals, psychologists, music and art therapists, artists, sports teachers and others to organize a summer camp for some twenty children. The children take part in a number of stimulating and varied workshops including arts and crafts, music, sports and self-defense classes. The goal of these retreats is to help build the survivors’ innate resilience by strengthening their self-confidence, stimulating their creativity and encouraging exchanges amongst peers.

Since 2018, IID has embraced a new mission to encourage researchers to study and measure the physical, psychological and economic impacts of sexual abuse on victims. The results of these studies will help reinforce existing measures to prevent violence, to facilitate access to justice and to provide better support and treatment to victims.

One of our greatest challenges within the context of our mission has been to protect children from abuses made possible by the ever-increasing access to the Internet and digital technologies. The difficulty of detection and the ease of interaction in a digital society create opportunities for offenders that did not exist in the past.

Sexual violence is not a rare occurrence, but rather a blight on public health. It is not enough to be outraged by child abuse, we have to come together, denounce it and act.

Our association relies on the generosity of donors, sponsors and volunteers.